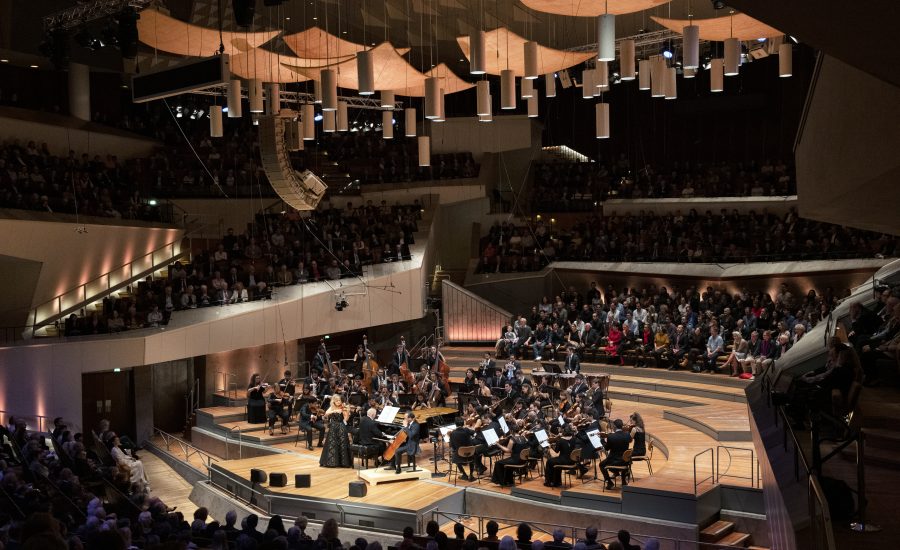 The 20th anniversary tour of the West-Eastern Divan Orchestra came to a successful end with two sold-out concerts at the Philharmonie Berlin on October 22 and 23, 2019.

Under the direction of Daniel Barenboim, and together with Anne-Sophie Mutter and Yo-Yo Ma, the musicians previously performed in the philharmonic halls of Paris and Cologne where they were also rewarded with standing ovations. The tour’s concert programme featured Ludwig van Beethoven’s Triple Concerto and Bruckner’s unfinished Symphony No. 9.

The concert on October 23 was broadcasted live by ARTE Concert (Germany, France) and by Myfidelio (Austria). Between June and August 2019, the orchestra and Daniel Barenboim with Martha Argerich and Anne-Sophie Mutter already appeared in the renowned concert halls of Seville, Buenos Aires, London, Salzburg and Lucerne as well as in Berlin’s Waldbühne.

This year’s concerts were attended by more than 65,000 visitors in seven different countries. Many more followed the performances via live stream (ARTE TV, Medici TV).

Beethoven's Triple Concerto with Daniel Barenboim, Anne-Sophie Mutter, and Yo-Yo Ma from filmed last October at the Philharmonie Berlin will be broadcast on Arte on Sunday, 9 February, 2020, at 5:40 pm (CET).