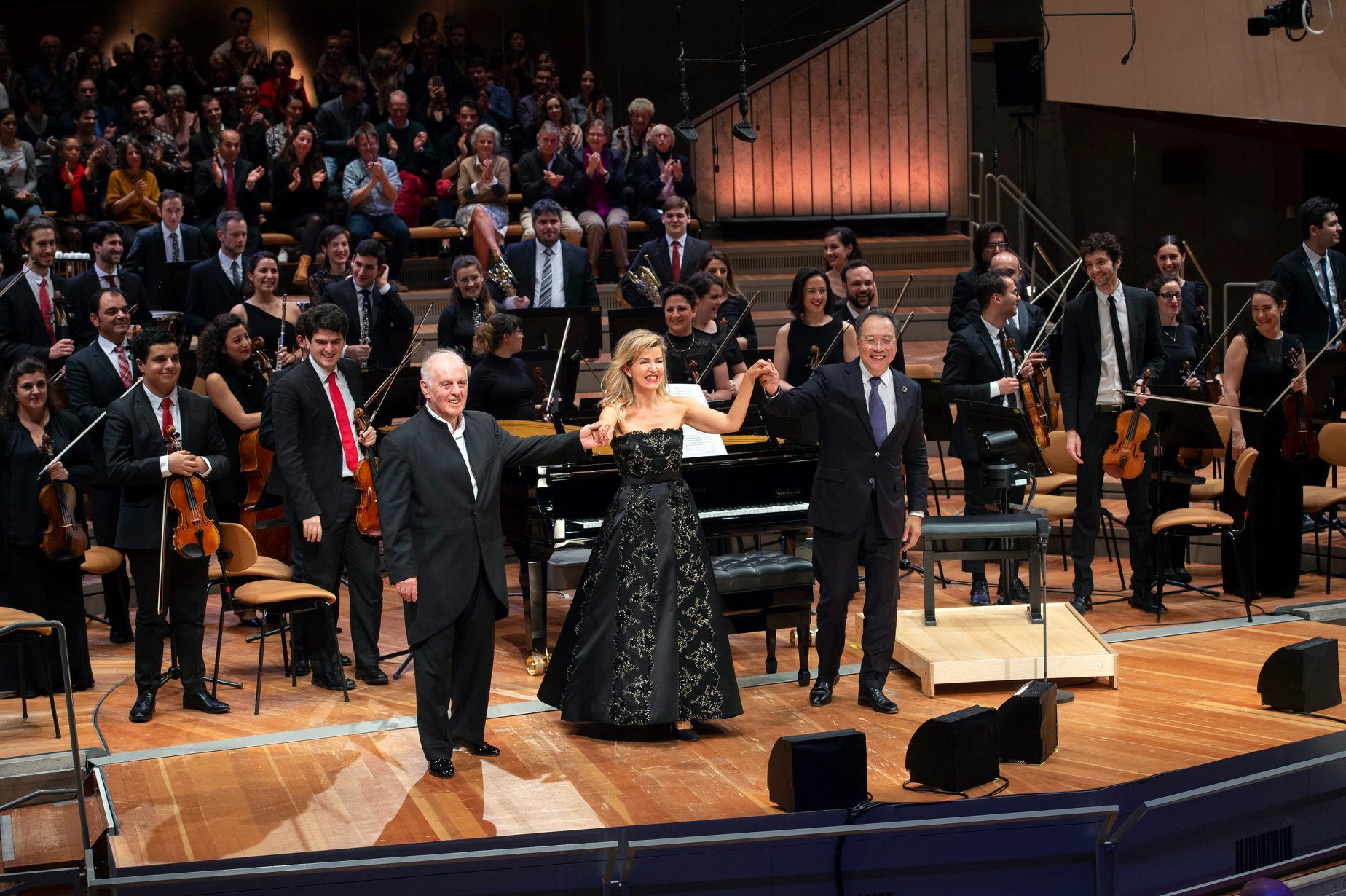 Daniel Barenboim considers Beethoven, a confirmed humanist, to have been probably the first truly unconventional composer: “He couldn’t care less about what people thought.” He also underlines the real physicality and dedication Beethoven demands from his players: “He forces you to go to the edge, to the precipice and then the abyss. That takes a tremendous amount of courage.”With its existential profundity and ability to speak to all of humanity, Beethoven’s music remains as timelessly compelling and universally relevant as the day it was written. As Anne-Sophie Mutter observes, he understood how important it was for all of us to stand up for our fellow men: “The idea that we should live in a brother- and sisterhood is, for me, his major achievement ... That’s what makes him a messenger from the past pointing the way to a better future.”Both works recorded for this album reflect that life-affirming message. The Seventh Symphony is famous for its joyful, dance-like character, with lilting rhythms pervading almost the entire work. The Triple Concerto, too, has a special place in Beethoven’s output, its sophisticated idiom and architecture revealing both his sense of humour and his revolutionary spirit. As Yo-Yo Ma notes, “The constant invention is so surprising, and it’s so celebratory, so positive. The second movement is noble and open, but the first and last movements are just joyous!”
The recordings were made at concerts held in Buenos Aires and Berlin – in July and October 2019 respectively – to mark the West-Eastern Divan’s 20th birthday.
Listen & Order
Topic Tags:
This website uses cookies, which may include third party cookies, to improve your browsing experience and deliver personalized marketing content. To find out more, including how to disable the cookies, read our Cookie Policy. By continuing to browse this website, you agree to our use of cookies. Got it!